Something amazing happened last week friday in the world of bitcoin, when the price of bitcoin suddenly take a leap from around $424 to $475, and has refused to stop the price leap, reaching the value of $537 at the time of writing this article. The question in the heart of everybody remains, what is the future holding for bitcoin. In 2014 investor Tim Draper said He’s looking at $10,000 per bitcoin in a three-year time period (2017). He said in an interview he did with the FOX Business network “I’m still predicting […] $10,000 per bitcoin in three years”. Draper is a big investor in bitcoin.

However Draper is not the only one who shares in this optimism, with the bitcoin halving coming up in about 56 days, many investors and programmers alike believe that the price of bitcoin will experience a major leap in price.

Let me make it clear to you, the supply of bitcoin is finite, there would only be about 21 million coins, as the awareness of bitcoin and its acceptance increases, more demand will go after what is limited, and the simple law of economics says “the higher the demand, the higher the price of commodity demanded for”

One other event thet would push the price of bitcoin up is the bitcoin halving coming up in mid July, what is bitcoin halving? Well, Whenever a miner solves a Bitcoin block he gets Bitcoins as a reward, that’s how Bitcoins come into this world. When Satoshi Nakamoto set up the rules for the Bitcoin protocol he stated that the number of bitcoins generated per block is set to decrease geometrically (by 50%) every 210,000 blocks. Since 6 blocks are found on average within an hour and halving happens once every 210,000 blocks, this means that every 4 years (give or take) there will be a halving event.

This basically means that the reward the miners will be reduced to 50% of what it used to be. As at today each miner receives 25 Bitcoins for solving a block, after the halving event each will receive only 12.5BTC. it is believed by experts that this event will cause the price of bitcoin to shoot up so as to create balance in the reward earned by each miner. 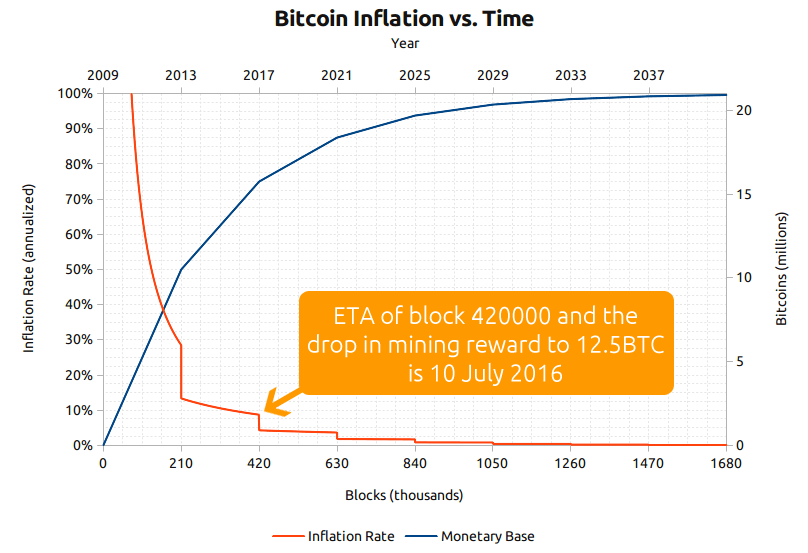 This results in a profit of more than , as Nigerians we do not wish that our currency continues to perform poorly against the dollar, but we can take advantage of what is happening in our country at the moment.

it is not too late to invest into bitcoin, now that the price is still $537 before the halving in July, nobody can predict what the value of bitcoin could be before the end of the year. you can visit www.nairaex.com