China being one of the largest enocnmies on the planet controls the economis of countries on a global level. Being the largest holder of foreign reserve (enough to influence even the American markets), it comes as a shock as Bejing proposed a universal currency to counter the likes of the Dollar and Sterling.

The dollar has been the reserve currency for more than 4 decades upto current times. The sheer value and power of the US has led to the currency becoming accepted informally in a number of countries. This concentration of power has been a underlying reason behind the need for a new universal currency. China currently does hold just over a trillion dollars worth of US currency at the time of writing which poses the question of financial stability. What if the US embroil in a war, elect the wrong leader, the consequences to currency may be devastating for both parties.

The price of gold, and the exchange rates of the Russian ruble and the Nigerian naira for example, are just as volatile and that has not prevented them from being used as currencies. More importantly, Bitcoin users treat their holdings as part of their asset diversification, therefore the high price volatility does not matter much, as long as the long-term trend is up.

Bitcoins potential in fulfilling the criteria set out by china is clear.  Being a decentralized currency no one organization has power over the future in markets. Instant transactions on a global level make bitcoin the currency to balance the power of the USD or GBP. 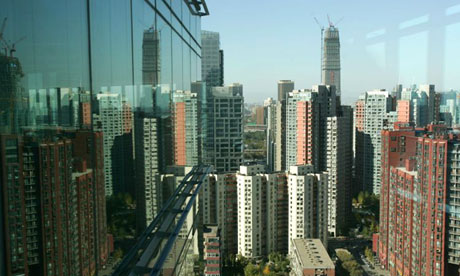 To conclude the need for a universal currency has never been greater. With power concentrated in the hands of a few powerful leaders, many economies such as Nigerian, Algerian, Brazilian are left fairly unrepresented on a international stage. Bitcoin is currently one of the most unique solutions to Beijing’s proposal and you too can buy some via NairaEX, Nigeria’s leading Bitcoin exchange !